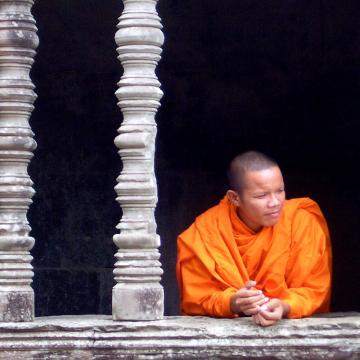 MUSINGS ON THE BASIC MORAL INTUITION AND SOCIAL HOLONS

As we get ready to discuss Basic Moral Intuition in our sangha call tomorrow, my mind, as usual, wanders to social holons. See what you think.

In Integral Politics (check out the kenwilber.com site) Ken mentions that it is best for a social holon to be governed from as high (or “deep” in this context) a level as possible. It occurs to me that this is another way to state the BMI.

Over the course of history the societal center of gravity has deepened. LR governance structures, for example, have moved from magenta level chiefdoms, to red level warlords, to amber level kingdoms and empires, to orange level parliamentary democracy, and to green level participatory democracy. Correspondingly, in the LL, worldviews, say, have also deepened from red level egocentric magical to amber level ethnocentric mythic membership, to orange level world-centric rational, and to green level planet-centric pluralist.

In a healthy, stable social holon, as the social center of gravity deepens (Eros), this transcending is accompanied by negation and translation in the earlier worldviews and meaning making structures to include them (Agape) in the wholeness of the now deeper social holon. Within the context of the modern nation state and orange dominant mode of discourse, for example, the amber mythic membership worldview tends to concentrate a lot more on nationalism than on religion. Secularism of the modern era by and large displaces religion as a contested terrain and confines it to culture wars and ethics. Expressions of red egocentric worldviews “in law” with orange social center of gravity tend to be confined to the heroic daredevil activities of test pilots, green berets and the like. Although, of course, you also get “out-law” red level formations like organized crime as well, which are nevertheless expressions of a modern social center of gravity. (Activities similar to those of organized crime would have been called “governance” back in the day when red was the leading edge!)

The key here is that as the social center of gravity deepens, a healthy society ideally makes room for interaction and “in-law” exchanges between all its members, whatever the consciousness span or UL psychographs of its individual members. This is accomplished through translation and reformation of the surface structures of the earlier structures. “Transcend, (translate) and include,” by any other name. This, as noted, tends to be true for all individual members at that level or earlier. Those few folks who have developed further than the level of the social center of gravity tend to be confined to carpet burn. But then it is that pain which facilitates the next round of social deepening. In sum then, greatest social depth for the greatest social span involves governance from as high a level as possible, because such social development (deepening) goes hand in hand with including all the prior levels (span) into the social holon. BMI.

All this also brings up the idea that it may not be possible to govern from, say, a prototypically orange or a green altitude in all contemporary societies. Examples of carefully engineered LR governance structures (elections; executive, judicial, legislative branches; detailed programs of bureaucratic departments and appointment guidelines, etc, etc) that reflect an orange altitude or higher, combined with pre-modern worldviews and values in the LL that lead to disasters abound in the ID world. Personal or tribal armies; personal, tribal, ethnic or religion based protection networks and widespread corruption (all expressions of red or amber level interaction) can and do go hand in hand with modern governance structures around the world. The BMI challenge for the integralist then is to intuit what is the highest possible governance level for a given situation AND to begin to devise tailored, new integral governance structures that are relevant for this century.

Written by Emine Kiray
View this text in PDF form