Musings--A Very Quick Look at Modern, Postmodern and Integral Approaches to International Development: The Unique and the Universal 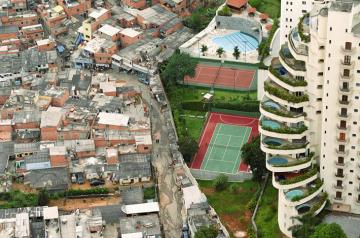 (Thoughts for the Integral Without Borders Meeting in Istanbul, 2010.)

What is integral international development praxis? The focus of the 2008 IWB conference was the integral practitioner. "Integral does as integral is" could have been the catch phrase. It underlined that what we do depends on what we see which ultimately depends on who we are. It emphasized the importance of having an Integral Life Practice (ILP) and keeping all AQAL (All Quadrants All Levels) ways of knowing open. This is also a way to be “one with the flow”; using the self as an instrument to assess any given AQAL configuration, its direction of change, as well as the mode of communication required, moment by moment.

But now we come to a new phase.  We begin to think more consciously about Integral development practice, including generating guidelines, manuals, reproducible integral approaches, and the like. This new turn triggered some thoughts about what are universal and generalizable vs. what are unique and not generalizable. These thoughts are below.

The flow of the argument is this: Orange/modern approaches to international development have focused on and underlined the universal in any given situation. Green/postmodern approaches have focused on and underlined the unique. The Integral approach transcends and includes both, underlining that each situation is both universal and unique. This raises very specific questions regarding generalizations and guidelines for international development practitioners.

Modern approaches focus on 3p perspectives and UR/LR methodologies. Taking economic development as an example, the key is seen to be finding the right economic and political policies for development everywhere. The former may entail industrialization (as argued in the 1950s and 60s) or a free-market system and small businesses (as argued in the 1980s); the latter may entail a parliamentary system and democratic elections etc. The idea is that we have underdevelopment because these societies lack something tangible. We simply have to invest in large capital intensive projects (e.g. dams, power plants) or small business formation or let the Peace Corps build a school house and all will be fine. We need to implement IMF conditionality or World Bank Structural Adjustment Programs (which have been the same set of policies in all contexts) and development will occur. We need to undertake institution building (e.g. a planning ministry, a banking system, or the right parliamentary procedures) and development will fall into place. Or, as in the “shock therapy” in Russia, we need to remove all "obstacles" to free markets and a vibrant capitalism will appear. The assumption in all modern development theories is that all individuals and societies are fundamentally alike, folks want the same tangible things (e.g. higher income, good jobs, health care, education, housing, etc.) and they will respond the same way to the same LR incentives. In other words, the modern mindset postulates 3p universals and volumes and volumes of manuals can assist development practitioners as they implement the same policies in every context.

The postmodern turn came with a focus on culture and the LL and a mindset ready to see diversity and uniqueness (multiple perspectives). There was a strong reaction against the modern mindset which seemed to reduce humans to 3p objects to be pushed around by RH policies. A key idea of postmodern thought is that reality is socially constructed, so the post-moderns questioned the definitions of "development" given by the moderns; in fact most rejected the idea of development altogether (flatland). The new idea was to use dialogical LL methods and ask the folks what they wanted rather than assuming development practitioners knew what folks needed. The goal was to engage locals as active co-creators of change. So NGOs took off, as did local, community based projects and a multitude of LL methodologies (appreciative inquiry, collective visioning, participatory action, support groups, etc.)  In extreme relativist versions post-moderns argued that since each culture was unique and there was no such thing as “development,” whatever was accepted by members of a community was fine and should not be messed with. In fact all this cultural diversity needed to be preserved. It was an argument that, if pushed far enough, could stifle all social change. In more pluralist versions post-moderns sought to bring green values to these communities: human rights, empowerment, gender equality, environmental protection/sustainability, decentralized decision making, inclusion of marginalized groups etc. regardless of what the local folk would understand or might even find relevant. It was a bizarre, inconsistent view: cultures/communities were unique, but green values had universal validity.

Above all though, there were no "meta-theories," or, more accurately, the postmodern meta-theory was that there could be no meta-theories. So, there was no theory of development and thus no universals that could guide practitioners. Each unique community (not even each nation!) needed to be engaged individually, on its own terms. The proposed solutions usually had to do with changing or resisting existing power structures, especially globalization, but not much more could be theorized because not much more could be generalized.  It is almost as if ultimately the dialogical process became an end in itself.

Integral theory, of course, argues that both the moderns and the post-moderns have a point.  It brings in the important dimension of the individual and the UL. It postulates a universal developmental impulse so that development is both desirable and inescapable over the long haul (the Eros tilt). According to Integral, the dimensions of AQAL (individual and collective interiors and exteriors, lines, levels, types and states) are the universal traits of any given situation (individual, community, nation, world).  It has a sophisticated theory of development whereby individual development occurs wave-like, but sequentially through the levels of development and social development (an upward shift of the social center of gravity-the level of the dominant mode of discourse in the LL and governance structures in the LR) is also likely to unfold sequentially, at least at the national level, simply because individual members of a society do.

In other words, we can look at any situation and figure out its AQAL configuration with its embedded surface structures and its direction of change - be it an individual or a community or a nation. This will also enable us to assess what needs to/is likely come next in the developmental path (including healthier manifestations of the current configuration). To my mind this is what has to be done, not necessarily to try to implement the “next”, but just to see the context in which any project, large or small, is to be implemented and to adjust it accordingly. Notice that this is a higher synthesis of the modern approach where all contexts are alike/universal (and so irrelevant) and the postmodern approach where all contexts are unique (and so irrelevant except for the one setting). Integral theory actually operationalizes the idea of context as a crucial component in any intervention and places it in the service of development.

Nevertheless, all this raises important issues regarding the development of reproducible approaches to integral interventions or development manuals and the like. The answer, in my opinion, is neither that it cannot be done -- because there are no universals (a la green) nor that we could easily set it all down in a tome for all to read and apply-- because all relevant info are universals (a la orange). We need to somehow integrate the unique and the universal, not to mention the creatively emergent!

At this juncture I propose that we sit with this idea of the unique-and-universal and how it can be addressed with IMP. There is a lot that can be said about the universals –the AQAL deep structures and the direction of change-- and we will likely start there. At the same time as we begin to construct a working AQAL map for a given situation we will begin to discover the unique aspects since we will begin to see the unique combination as well as the embedded surface structures. The unique aspect of each situation will call for a kind of intimacy with the context that cannot be generalized. Here updated postmodern methodologies will prove to be crucial. At the same time, there are likely leverage points or acupressure points in each situation that may have relevance in more than one context. It will be very important to keep track of these.

Ken has suggested keeping "academic diaries." This would help in documenting the roles of the universal and the unique (what tends to work under what types of AQAL circumstances and surface structures, held lightly) and be an appropriate vehicle for this Kosmically very young endeavor. I am hoping this site can also be a repository for these types of diary entries.